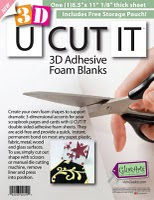 Our fabulous Glue Arts U Cut It Foam Adhesive can be cut, die cut, stacked, glittered, foiled, colored, you name it! It's amazing!

You'll love the Recipe Accordion Folder that Designer Grace Tolman made.  It's so cute and SO dimensional! 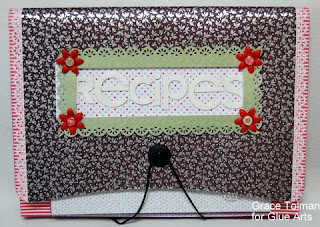 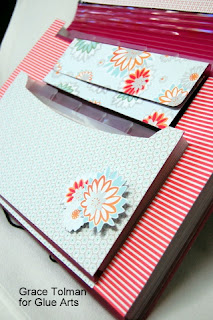 Designer Tip: In this project, I altered an existing folder where I used the U Cut It Foam to create dimension in my project. 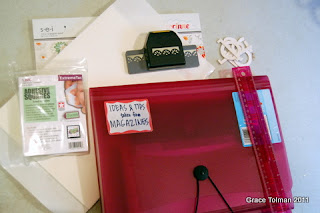 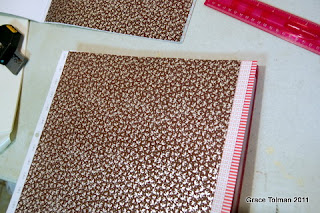 2. Pick the papers that you want to cover your folder with. Since the folder is wider then 12 inches, I used three so I can add borders on the edge of the folder. 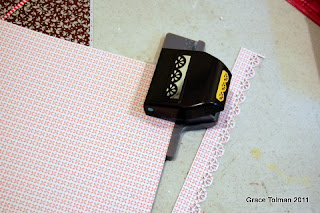 3. Punch out a decorative border from pattern paper. 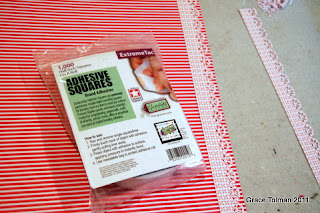 4. Adhere this to the stripe paper and trim to about 1 inch. 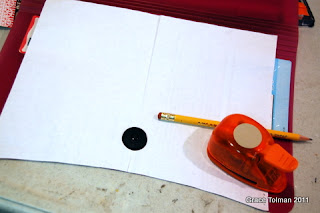 5. Make a template for the middle part of the folder flap. I didn't want to waste my pattern paper since it's a bigger area to work with, so I made a template first. Mark the hole where the circle enclosure will go and punch that part out with the circle punch. 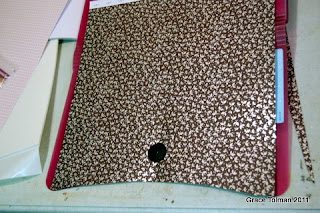 6. Using the template, make the same markings with the pattern paper. 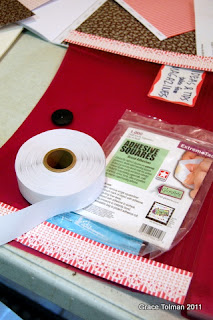 7. Adhere the border papers first, using Extreme Squares. I chose to use the Extreme Squares in this project because I want it to last. You could use the GlueArts Hot Glue Gun, but I didn't want the bumpy effect of it. 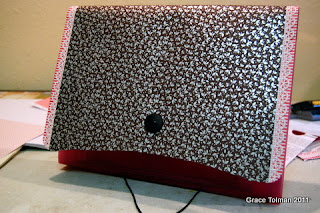 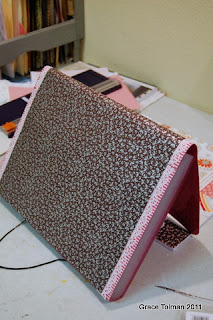 9. Do the same procedure to cover the back, working with the borders first and then the middle paper. 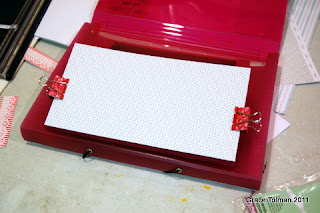 10. I measured the inside pocket and cut a piece of paper to cover it. I then clamped the sides so I could trace the curved top edge. I trimmed the top to match the pocket and then adhered it with more Extreme Adhesive Squares. 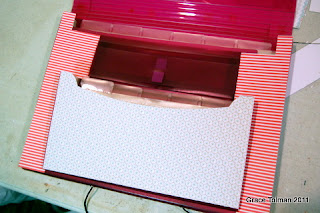 11. I measured the sides of the inside pocket and cut out my papers to match the inside measurements. Then adhered with Extreme Adhesive Squares. 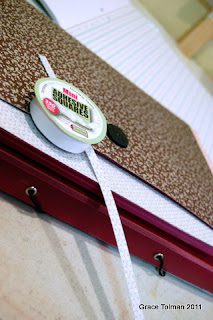 12. I then cut a piece from the same paper to go underneath the pocket. I didn't want any of the original pink to show. Since it is a smaller piece, I used the Mini Adhesive Squares to adhere. 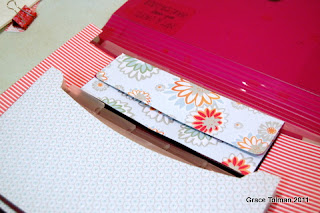 13. Next I worked on the top pocket covering it with more paper. 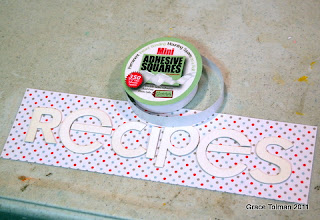 14. Next I cut a piece of paper and adhered the letters using GlueArts Mini Adhesive Squares. 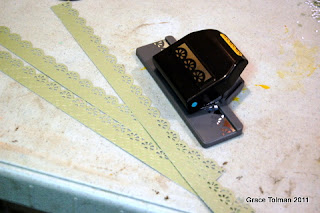 15. I cut out more strips and punched a decorative border on one side. 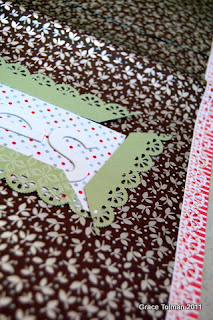 16. I added the punched strips around my title to create a frame around it. 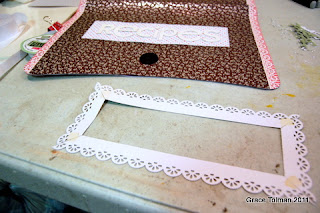 17. I used Extreme Squares to connect the paper strips. 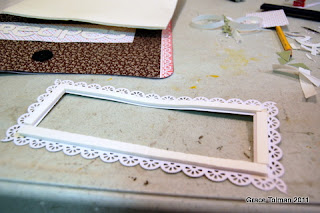 18. Then I added my GlueArts U Cut It Foam to the frame. I love how the foam adhesive helped me create a dimensional frame for my title. 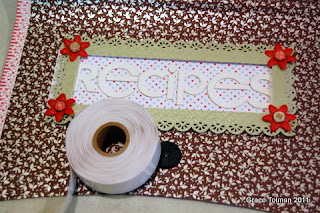 19. I then added some flowers to the corners for a finished look. 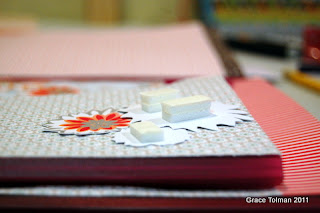 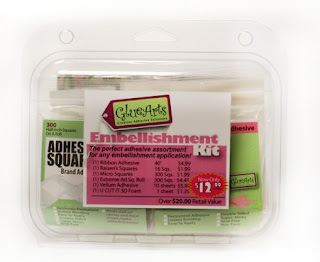 We'll pick one random comment on Monday, August 15th! So don't miss out!

Email ThisBlogThis!Share to TwitterShare to FacebookShare to Pinterest
Labels: Glue Arts, Grace, U Cut It Adhesive

Promote Your Page Too