For many of us that means a day off work, a day to spend with family and friends and enjoy a day of not laboring. It's the marking of the end of summer, start of school, time for the last barbeque's with friends, time spent with college bound students and enjoying the last bits of summer weather.

We celebrate this holiday often without much thought into what or who has gone before us to provide this day.

Here's a little history lesson for us... {because now and then...we need a reminder!}

The first Labor Day in the United States was observed on September 5, 1882 in New York City, by the Central Labor Union of New York, the nation's first integrated major trade union. It became a federal holiday in 1894, when, following the deaths of a number of workers at the hands of the U.S. military and U.S. Marshals during the Pullman Strike, President Grover Cleveland put reconciliation with the labor movement as a top political priority. Fearing further conflict, legislation making Labor Day a national holiday was rushed through Congress unanimously and signed into law a mere six days after the end of the strike. The September date was chosen as Cleveland was concerned that aligning an American labor holiday with existing international May Day celebrations would stir up negative emotions linked to the Haymarket Affair. All 50 U.S. states have made Labor Day a state holiday.
The form for the celebration of Labor Day was outlined in the first proposal of the holiday: A street parade to exhibit to the public "the strength and esprit de corps of the trade and labor organizations," followed by a festival for the workers and their families. This became the pattern for Labor Day celebrations. Speeches by prominent men and women were introduced later, as more emphasis was placed upon the economic and civil significance of the holiday. Still later, by a resolution of the American Federation of Labor convention of 1909, the Sunday preceding Labor Day was adopted as Labor Sunday and dedicated to the spiritual and educational aspects of the labor movement. {our thanks to Wikipedia for this information} 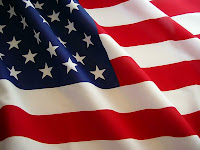 And our thanks to President Grover Cleveland for allowing us to have this day to mark it how we choose. With family and friends....and just spending time together.
We at Glue Arts hope you have a safe and fun Labor Day and we'll be back on Wednesday and Friday to share with you more ideas on how you can use Glue Arts in your crafting projects along with another chance to win!
And to make someone's Labor Day extra special....our winner from last week is:
Manhattan Mandie said...

Congrats congrats!! Please send us your information at Gluegirl@gluearts.com and we'll get your goodies mailed out to you!
Happy Labor Day! See you on Wednesday!!
at Monday, September 06, 2010

Promote Your Page Too